A competition reference machine, the Kawasaki KX250 is a pivotal bike in the Kawasaki range appealing to youth, intermediate, national and full class MX2 riders; each with their own special wants and needs. For 2023, the Kawasaki engineers have absorbed feedback from AMA Supercross, the MX2 class in the MXGP paddock and, closer to home, the All-Japan Motocross Championship. And the distillation of all that feedback has produced a machine that will ably answer the needs of its diverse customer base. 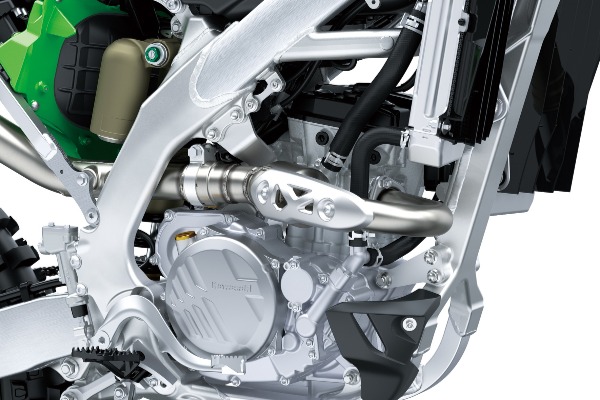 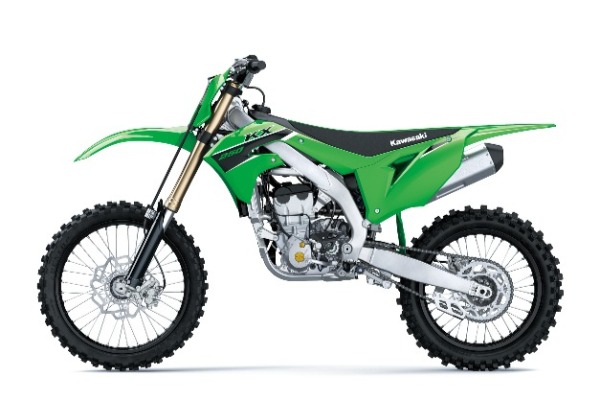 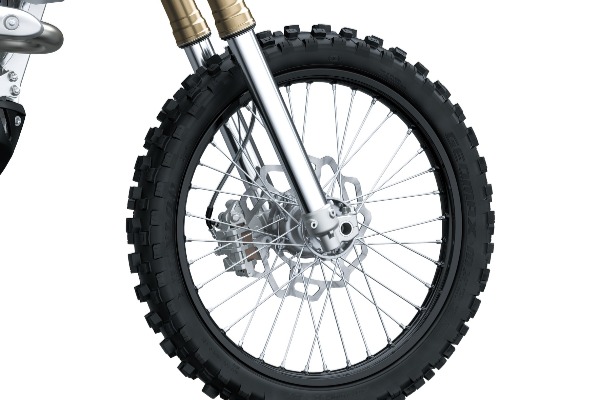 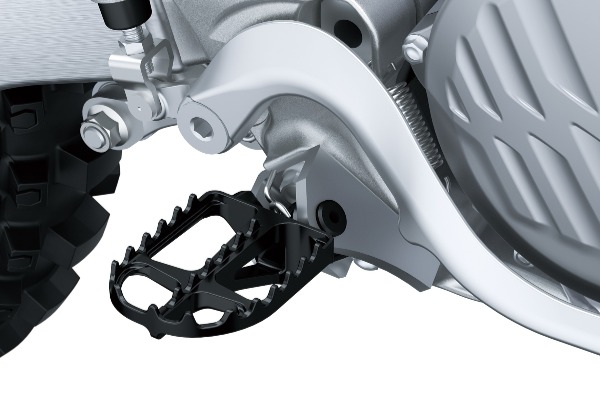 Chief among many changes are those in the engine group. Within the cylinder head a narrower pitch for the intake valves (37 mm to 35.5 mm), coupled with increased clearance at the valve seats, delivers increased cylinder-filling efficiency and improved combustion for increased peak performance. And to accurately fill that cylinder, the downdraft style intake duct is straighter plus the upstream injector is repositioned from above to below the duct.  These changes further contribute to increased cylinder-filling efficiency which adds to peak performance. In terms of the valves themselves, they are smaller (ø32 mm to ø31 mm) contributing to cylinder-head/valve-seat reliability while enabling the tighter valve pitch while the piston crown is revised to match the valve size and pitch changes.

Aside from the greater engine performance due to these new efficiencies a longer exhaust header pipe (457 mm to 557 mm) offers increased low-mid range torque while the Akashi engineers also ensured that advanced ignition timing matches the engine changes. In terms of power feeling, a new magneto rotor with an increased moment of inertia (9.5 kg·cm2 to 10.0 kg·cm2) contributes to a more racer-friendly power delivery.

In terms of gears, ratios three, four, five and six remain the same but a longer first gear is introduced thanks to feedback from AMA Supercross and the second gear is also modified to make a smoother transition between first and third.

Other chassis upgrades include the adoption of a wider rear tyre for 2023 in the form of Dunlop’s MX33 110/90-19 to compared to the 100/90-19 used last year while the footpegs are 5 mm wider (front-to-rear) and positioned 3 mm rearward to offer excellent grip, superb feel making it easier to weight the pegs plus they are lighter too.

Wise tuners will tell you that gradual refinement and upgrades that integrate seamlessly are often the route to racing success and that is just the route that Kawasaki takes for its quarter litre race class machine. Useable power, considered engine and chassis upgrades plus genuine podium potential, its got to be the new 2023 KX250 from Kawasaki.

Prices and availability will be announced soon.